These behaviors aren’t always distinguishable from one another because they frequently overlap. Harassment can be discriminatory, bullying can be a form of harassment, and any of these behaviors can lead to workplace violence.

Workplace bullying ranges from isolating to verbally threatening fellow workers. Bullies can cause anxiety, depression, fear and post-traumatic disorder symptoms in their victims.

A person who threatens a coworker with physical harm is considered a typical bully. However, the supervisor who regularly demeans an employee or threatens to fire him also is a bully.

Bullies sometimes ignore their victims to make them feel nonexistent. Bullies also use other tactics to humiliate their victims, such as gossiping and spreading lies about them or sabotaging their work.

The federal Occupational Health and Safety Administration defines workplace violence as an act or threat of physical harm against another person at the work site. Abusers might physically assault their victims or use verbal abuse to intimidate them.

Workplace violence can lead to homicide, which is the fourth leading cause of occupational injuries in the U.S., according to OSHA. The agency also reports that violence leading to homicide takes the lives of women in the workplace more than any other cause.

Factors that put workers at risk for violence include working alone, at night or in isolated areas. Cashiers and others who exchange money with the public also are at high risk for violence. Law enforcement agents, delivery drivers, health care workers and public and customer service personnel are routinely victims.

Harassment consists of actions or comments that a worker finds offensive. The worker doesn’t have to be the harasser’s target; he can be a third party who hears or witnesses the behavior.

According to the U.S. Equal Employment Opportunity Commission, harassment becomes unlawful when it’s so severe that it creates a hostile workplace for an employee or the employee has to put up with the misconduct to keep her job.

Bullying, discrimination and violence often are categorized as workplace harassment. Therefore, harassment victims suffer the same emotional, physical and social effects as the other forms of workplace abuse.

OSHA recommends that workplaces adopt zero-tolerance policies for violence and have enforcement procedures in place to protect employees. The agency suggests that employers set up workplace violence prevention programs and systems that allow workers to report violent activities.

Craigslist is one of the foremost places for job searches, but I have found that among the scams, there are also human traffickers recruiting on Craigslist.

Please allow me to explain this. As many of you know I spent a few years living in the Philippines, and I have tried to help the Philippine people avoid scams by providing information on outsourcing scams.

You can read the full article on my Basictech News site that has the complete email conversation I had with a suspected human trafficker.

Due to my profession, I am held to a higher degree of accountability than the average person, and I do not promote or advertise anything that I have not tried, or have total confidence in.

Click the link below to read the whole article 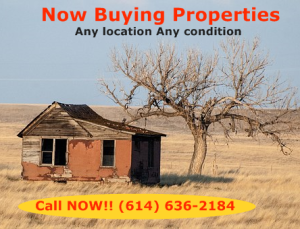 The prices stated below are Basictech Service Fee Schedule minimums based on two hours of working time. A rate of $15.00 per hour is assessed beyond the first two hours.

Most tasks quoted here I can do within the first two hours. You will be notified of any additional work before I begin.

Please keep in mind that I do not count minutes and often do not charge for simple things. If I can answer your question during the free consultation, you will not be charged.

All blogs need great content posted on a consistent basis, not only for the reader, but for SEO purposes. The minimum word count for a relevant post is 300 words, but 700 to 1000 words is recommended.

Content writing services start at 300 words, and include topic research with source links. All articles are keyword optimized with your specific keywords and/or keyword phrases.

Word count is based on a minimum; all articles will exceed specified word count by at least 5 words, but no more than 20.

Specified word counts will be adjusted at a rate of $1.50 per extra 100 words.

These are basic legal documents that all websites need, especially if you are selling or promoting any type of product or service on your site.

These documents are DIY; just fill in the blanks and post. Complete instructions are included (read more) or buy now at $11.95

This Basictech Service Fee Schedule reflects basic services; exact pricing will depend on service and agreed upon before the work begins.

You will be notified when your report is ready and all transactions are handled securely through PayPal invoicing. You do not need a PayPal account.

Refunds: I will do my best to satisfy your needs, client satisfaction is my top priority. In the event that you are unsatisfied with my work, refunds are handled on a case-by-case basis. The internet is plagued by unscrupulous people.

I am always available for questions beyond the service I provide.

Please feel free to email me with any questions about the Basictech Service Fee Schedule, or schedule your free consultation today.

I am currently making some changes to the Basictech Information Services website. Please bear with me as I go through this prosess.

Many of the posts and pages will be labeled as recent posts due to transfering the Basictech home site domain. Basictech Information Services has been online since 2012, and continues to offer great services at a reasonable cost.

You may contact us for any questions at basictech.pi@gmail.com, or the form below.